Scallop season has opened up and the reports are Good! 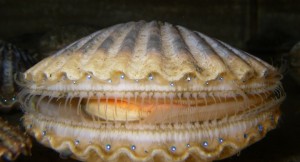 Scallop season has opened up and reports from the Crystal River/Homosassa area say the crop is looking good.

The traditional hotspots in that area are the end of the Rock Island Channel, around the Bird Rack and due west and southwest of Chassahowitzka Point.

Lot of boaters enjoy this fun Florida activity and at times it can get crowded. Be extra careful on the scallop grounds. Go slow and be on the lookout for dive flags. Proper etiquette and safety will make it fun for everyone.

Go to www.myfwc.com for all the rules and regulations along with tips on how to get the tasty scallops.

Capt. Ryan Farner and the Haulin Grass Fishing Team made the long run to the Loop Current and were rewarded with great fishing. Plenty of pelagics were found along with a 400 blue marlin Farner caught on 50 pound stand up tackle that was photpographed and released.

Spanish mackerel have been active at the Skyway fishing piers. Early morning times have been the best. Silver spoons and white jigs have been the key to scoring with nice macs as have strips of fresh greenbacks under a cork.

Tarpon continue to be good at the Skyway along with catch and release gag grouper.